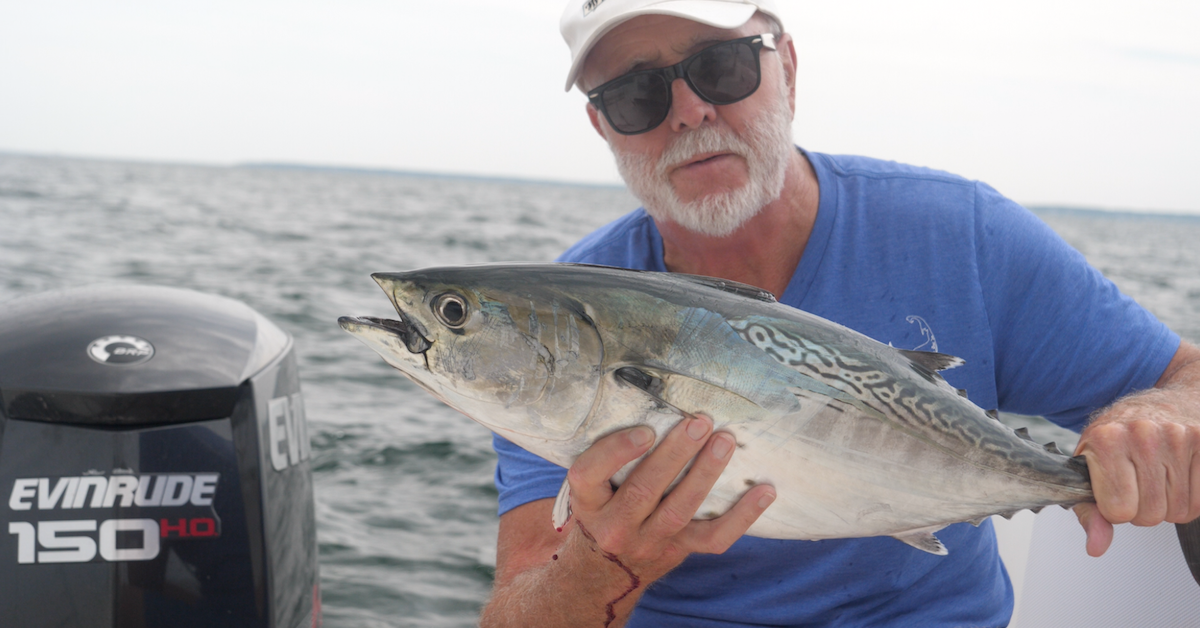 The wind has quieted down and the torrential downpours have ended. The weather is clearing up and I think we might be in for a great weekend of fishing.

With light north winds predicted for today, I would expect Cape Cod Bay to be fishable for stripers and bluefish.

There were some impressive peanut bunker feeds inside Cape Cod Bay prior to the storm, so I'll be interested to see how the bay fishes post-storm. 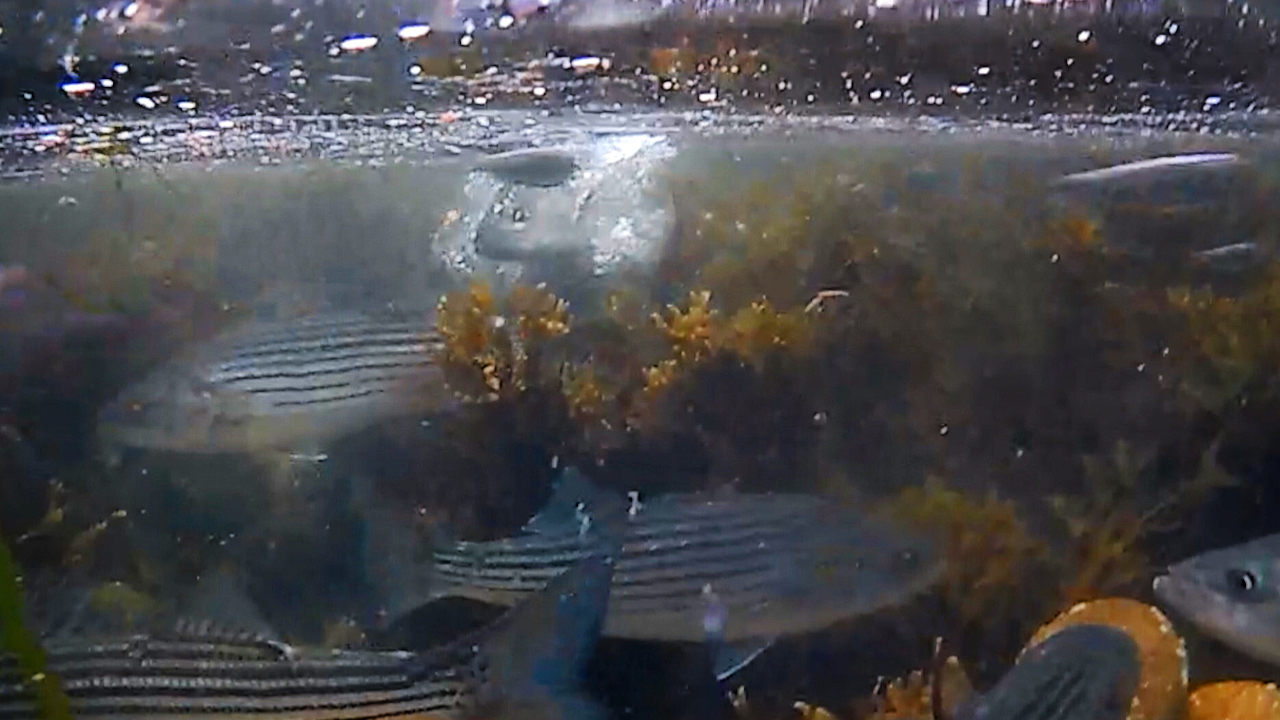 Nantucket and Vineyard Sound were also loaded with false albacore pre-storm, and I'm hopeful that the albie fishing will be good again this weekend.

Based on albie reports from inside our forum, the most productive albie lures recently have been 5/8oz silver epoxy jigs, white and pink albie snax, and Strategic Angler Bullets. 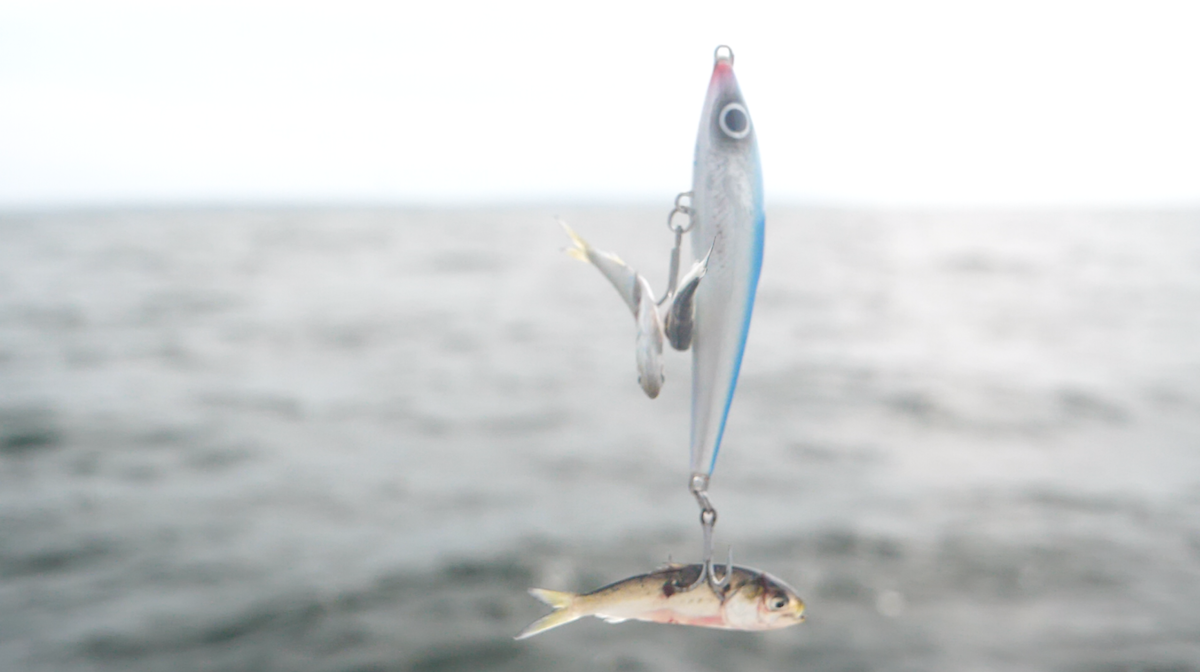 As you can see from the photo above, there have been a lot of peanut bunker around and the albies have been feasting on them big time.

Right now is definitely one of the most exciting times of the year. All sorts of different species of fish are present in Cape waters.

Members Matt and Tim Malloy even managed a sailfish at the canyons! 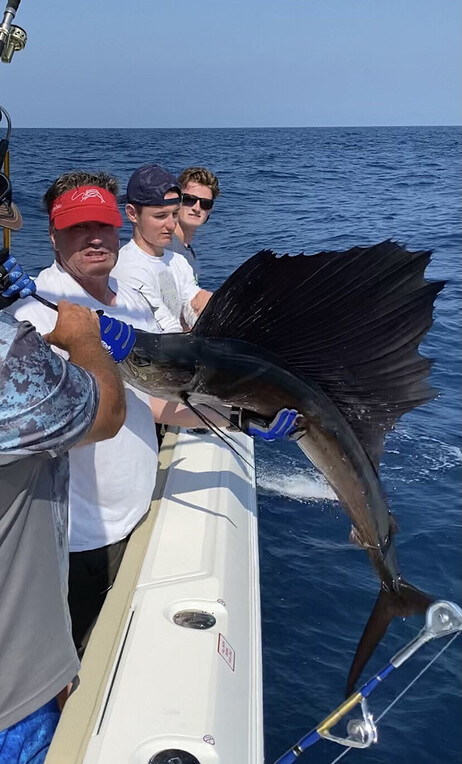 Over the past 72 hours members from the MFCC community have reported bonito in Cape Cod Bay, albies in the Sounds, Kingfish in Buzzard's Bay, bluefin tuna east of Chatham, and much more. 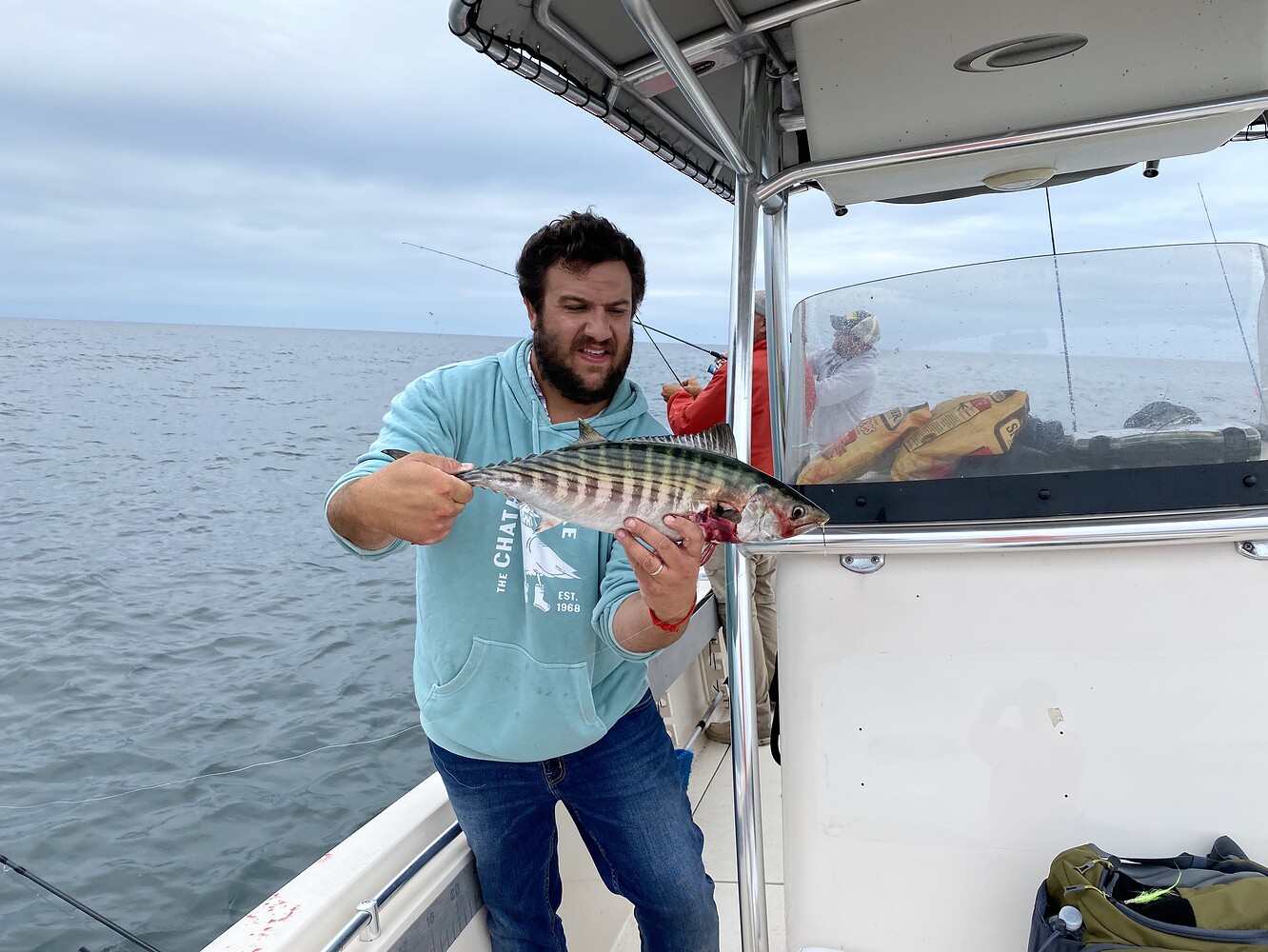 Four days ago My Fishing Cape Cod member Billy Mitchell of Seven Stripes Fishing caught bonito on the fly rod in Cape Cod Bay. You can learn more here inside our forum.

If you have not gotten out fishing much this year, then right now is definitely a good time to go!

This past Tuesday I took my boat the Miss Loretta fishing off the southside of Cape Cod for false albacore. Fortunately we didn't have to go far to find the albies.

We had lots of great chances and finally started hooking up when I switched over to a Strategic Angler Bullet. A fast retrieve across the surface generated some awesome topwater strikes. 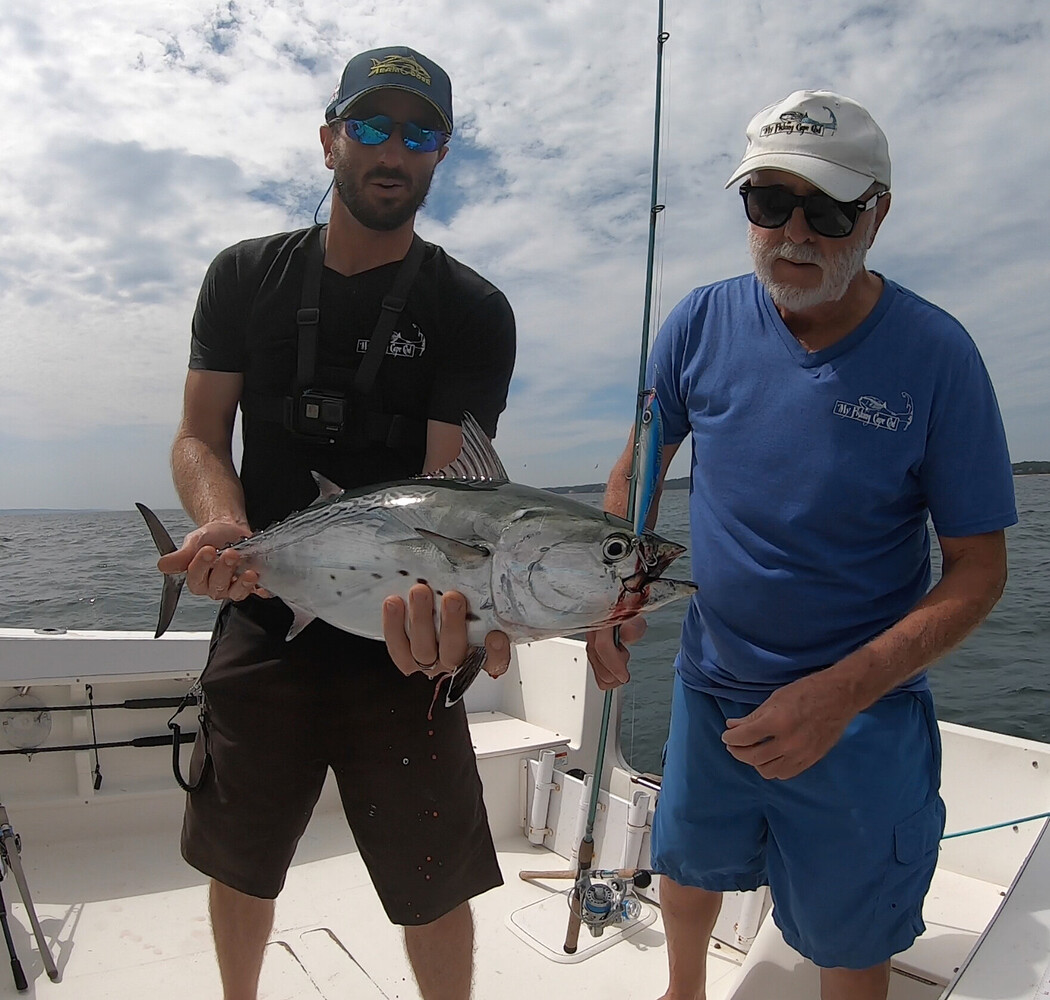 Over the past week I've also been lucky to capture some cool drone footage of false albie blitzes, which you can watch below! 👇

False albacore are now being caught from Falmouth to Monomoy, and as I mentioned before there are some big bonito mixed in off Chatham and even inside Cape Cod Bay. 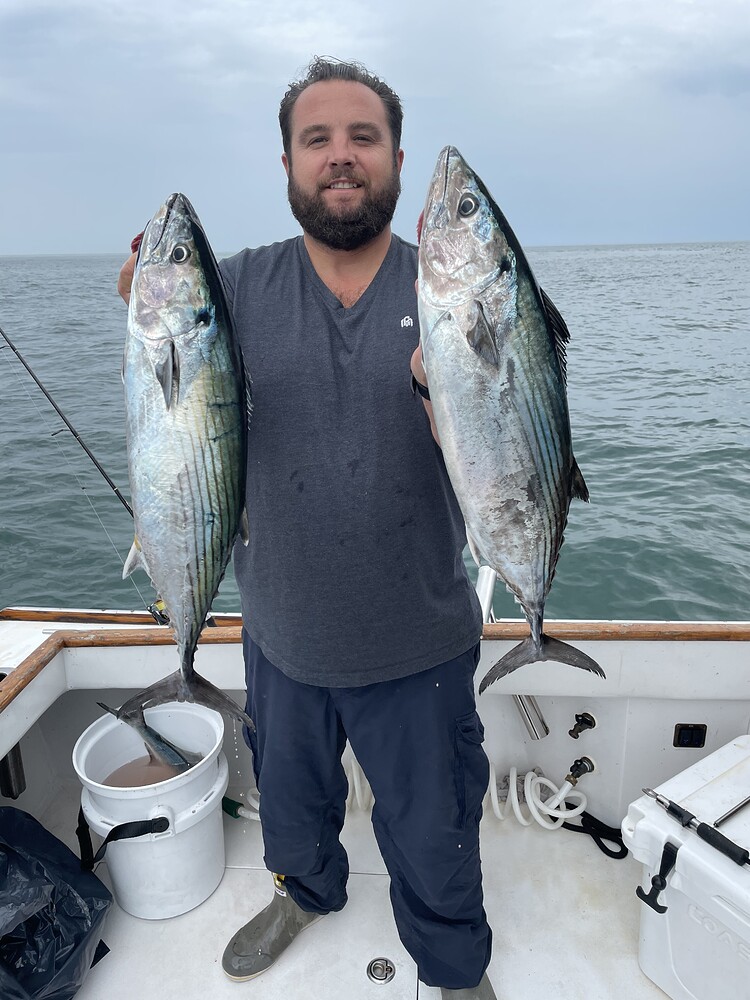 Two days ago My Fishing Cape Cod member Bruno Demir of Cape & Islands Mitsubishi caught some big bonito trolling with swimming plugs. You can learn more here inside our forum.

According to reports from inside the My Fishing Cape Cod forum, recreational size bluefin tuna are being caught east of Chatham on the troll. Green bars and ballyhoo have been working well. 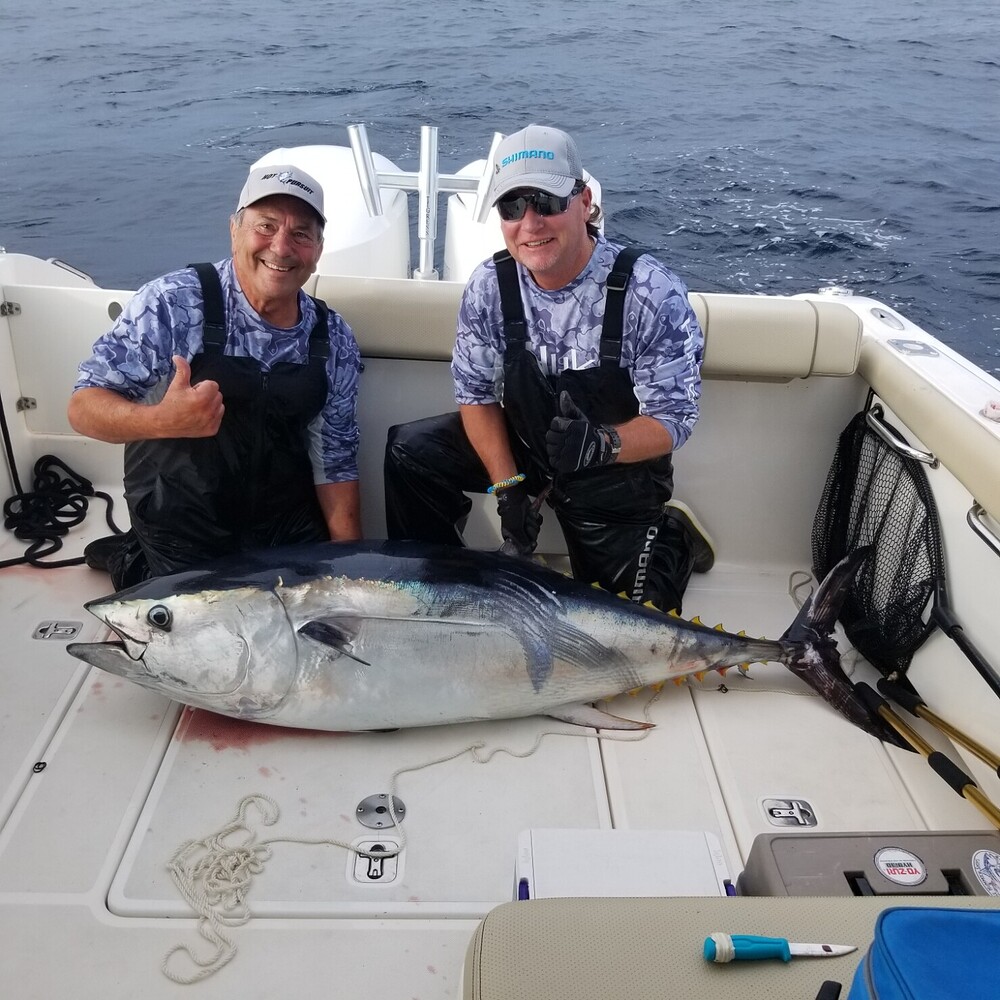 Yesterday My Fishing Cape Cod members Fritz, David Tourigny and Daniel Rice got into some nice rec-size tuna trolling. You can learn more here inside our forum.

For surfcasters, the Outer Cape beaches are still producing good action from Eastham to Truro.

Occasional peanut bunker blitzes have been reported inside the canal, but most of the bass seem to be on the smaller side.

Over the past 36 hours the Cape was smacked by intense rain, thunderstorms and strong northeast winds, so it will be interesting to see how this weather may have affected the fishing!

Best of luck and stay safe if you make it out fishing this weekend.