*This post from 8-year MFCC member Dex Chadsey was originally published in December of 2016. We figured now would be a good time to re-publish this post, because all the information is still very relevant to striper fishing in 2021.

I'd been hearing about how successful Daiwa SP Minnows could be when fishing for striped bass. In particular, fellow MFCC member Jim Murphy had caught some great fish while using SPs.

There was also this MFCC report by Andrew Burke, published during the spring of 2016, about a big striped bass he caught on a blurple SP Minnow.

However, until recently the SP Minnow had never worked for me. I probably had not been using them the right way or in the right situations. I always brought them along in my plug bag, but used them for only a short time, or not at all.

Overall I had very little confidence in the plug.

Then during the summer of 2015, MFCC member Ryan Turcotte recommended I use the SP Minnow for a spot on Lower Cape Cod. 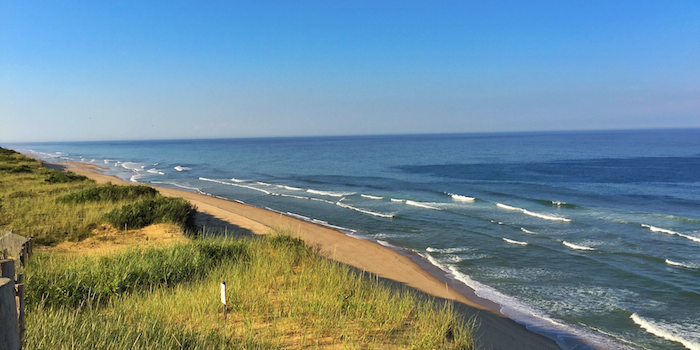 That night I finally caught some small fish using the SP, but I was extremely saddened by the damage the treble hooks did to the schoolies.

The SP is so slender, that even small fish are able swallow it deep inside their mouth. The belly hook also became embedded at times, which severely limited any leverage for removing the tail hook.

With small fish there is almost no way to get the fish unhooked without doing significant damage. It is a horrible feeling when you are trying to remove the hook and are ripping the fish's mouth or organs in the process.

Luckily I had packed some hemostat type pliers and was able to get the hooks out and revive the fish, but there still was some blood leaking out into the water as the small fish swam away. It also took way to long to unhook and release the fish-overall not a good prognosis for survival.

Since that night I've done quite a bit of research on how to catch fish with the SP, while limiting the damage. The accepted re-rigging option is to change the stock hardware for heavier duty split rings and treble hooks.

This is good advice for catching bigger fish, but it does nothing to address the issue of potentially killing small fish you intend to release.

Trust me, there is nothing worse than seeing the white belly of a small fish that you just released float away in the current. I have discussed the matter with many MFCC members. A smart modification is to remove the tail treble. A hookless flag can also be added to the tail instead of the treble. The one option that I have not seen is just using a treble on the tail. This option increases the chances of a treble hook ending up down in the gullet of the fish where it can damage soft tissue and be near impossible to remove.

Inline hooks can also be added, like this photo from Jessie Kim. Use heavy duty split rings and remember to have the tail hook facing up. Some people use only the inline belly hook.

VMC inline hooks are sold by The Mighty Fish. 2/0 or 3/0 seem to be the most popular sizes. Use a stronger split ring than the stock SP one. Wolverines are strong but are too thick for the SP. Owner makes a quality heavy duty split ring.

You can also combine the options. Here is a hookless flag with a single inline hook. Here is a treble with a hookless flag. I saw posts on MFCC last year which showed a single hook or treble attached to the belly with a ball bearing swivel, and a split ring on each end.

It does look a bit lengthy though.

You can find swivels that have split rings already attached. They are much more compact than using a swivel and two split rings of 90lb test minimum.

This year I plan on trying the inline single hook option for both the tail hook and the belly hook. This is the option MFCC member Tom Simpson uses.

When I fished with Tom, he was using only the belly hook, and felt he was missing strikes. So Tom added the inline hook at the tail and experienced better success.

I hope this post proves helpful to both you and the fishies. Of course crushing your barbs will also help to dramatically reduce injury to the fish.