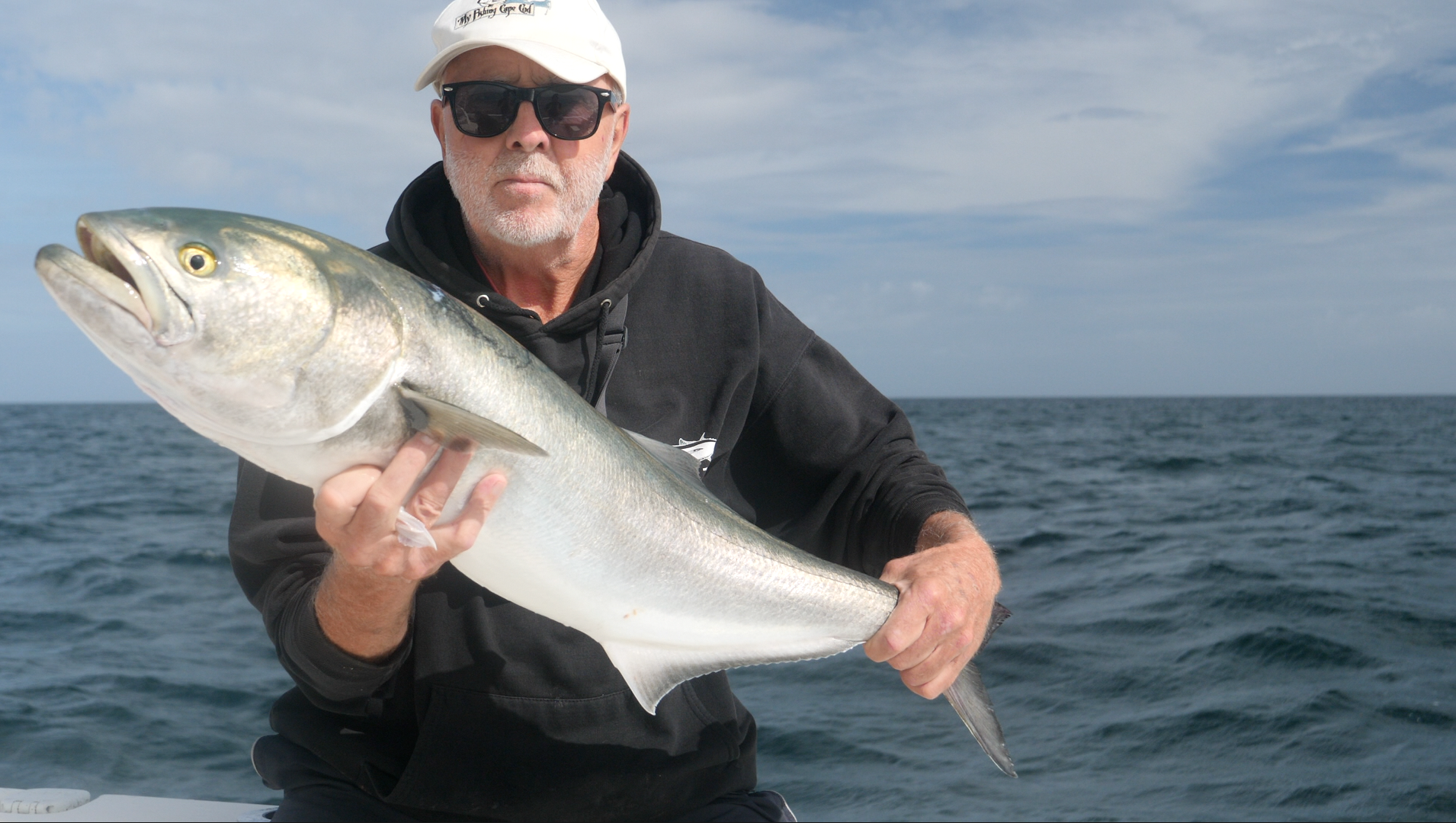 During the fall on Cape Cod big fat bluefish often invade places inside Cape Cod Bay, the canal, and along the Outer Cape.

Below is footage from recent "speed trolling" for bluefish trips I went on with my dad on September 22 and 23. 👇

END_OF_DOCUMENT_TOKEN_TO_BE_REPLACED 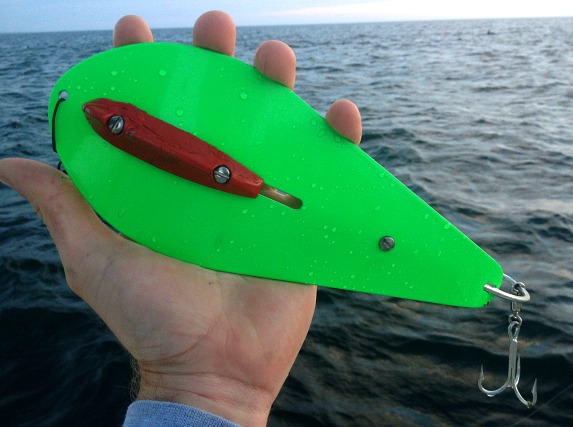 Bunker spoons often catch the largest striped bass in a given area. If you want to target the cows, then consider trolling spoons.

I first trolled bunker spoons off Cape Cod when I was 18 or 19 years old. Most of the stripers I have caught trolling bunker spoons have weighed at least 25 pounds, with the largest 43 pounds.

In this post I will share with you my super simple approach for getting started trolling bunker spoons off Cape Cod.

END_OF_DOCUMENT_TOKEN_TO_BE_REPLACED 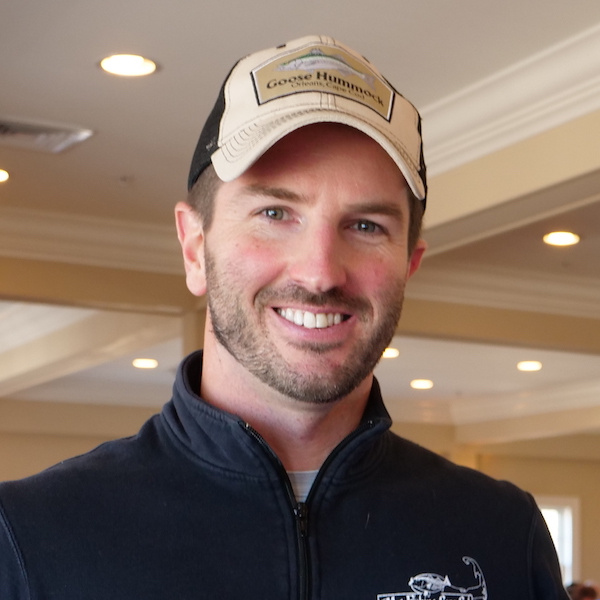 Note from Ryan: This post was originally published in March of 2013. Today I've gone ahead and re-published this article with updated information, videos, photos and links to additional helpful resources here on My Fishing Cape Cod.

In many Cape Cod fishing spots, you know if striped bass are being caught. That's because during the summer, certain Cape Cod fishing areas get so busy that a crowd of anglers (or a fleet of boats) can develop.

In these instances, you can easily see when someone's rod bends over.  If the fish are aggressive, you can learn how to catch striped bass by simply observing what other folks are doing.

The rest of this post will help to answer that question. I've also included some personal stories and additional resources to help you become a better striped bass angler.

Please read below to discover more!

END_OF_DOCUMENT_TOKEN_TO_BE_REPLACED 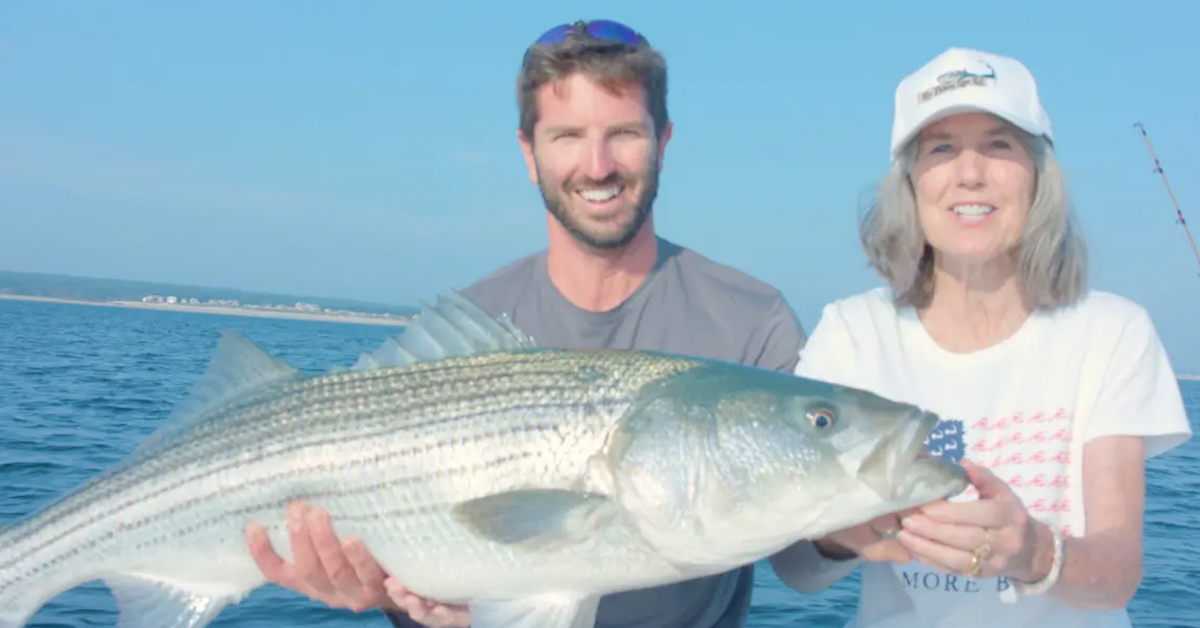 Back in September of 2018, my mom Kathy and I headed out onto Cape Cod Bay for a morning of tube and worm trolling.

During this trip I used my sonar to locate the schools, and then I trolled one tube and worm fished on lead core directly through the center of each school.

The majority of MFCC TV episodes are only available to members of My Fishing Cape Cod, but today I wanted to publicly share this episode so people who are not yet members could check it out.

END_OF_DOCUMENT_TOKEN_TO_BE_REPLACED 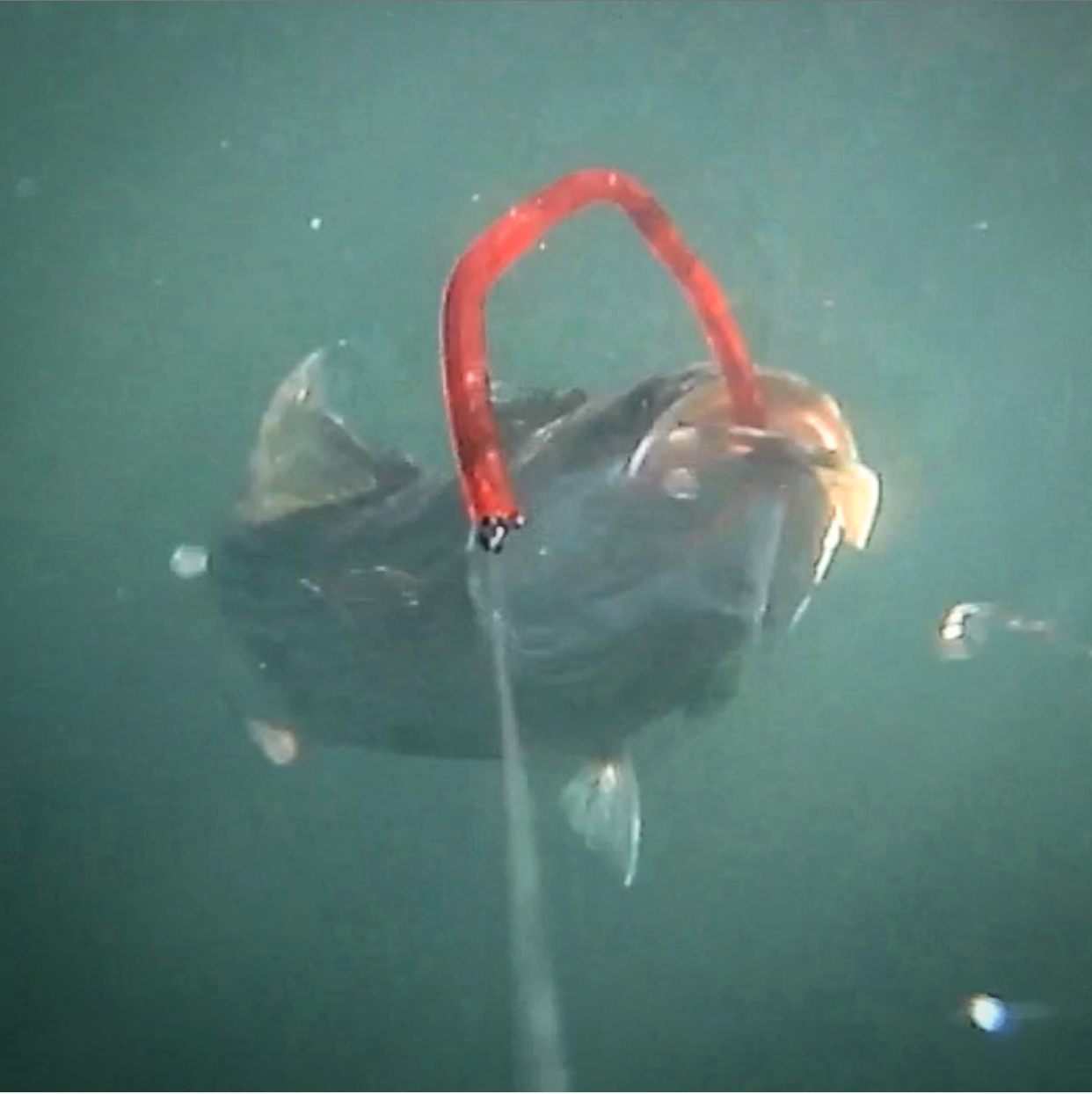 The tube and worm is a highly effective striper fishing technique, especially on Cape Cod during the heat of the summer.

All my life I have enjoyed trolling tubes throughout Cape Cod, both during the day and during the night.

Over the years I've had success with the tube and worm in Cape Cod Bay, Buzzard's Bay, Vineyard Sound and off the Outer Cape. It's a technique that probably works almost everywhere stripers swim.

However, up until the other day I had never before seen exactly how striped bass attack tubes. Today I'm excited to share with you a series of images that capture the tube and worm bite.

END_OF_DOCUMENT_TOKEN_TO_BE_REPLACED 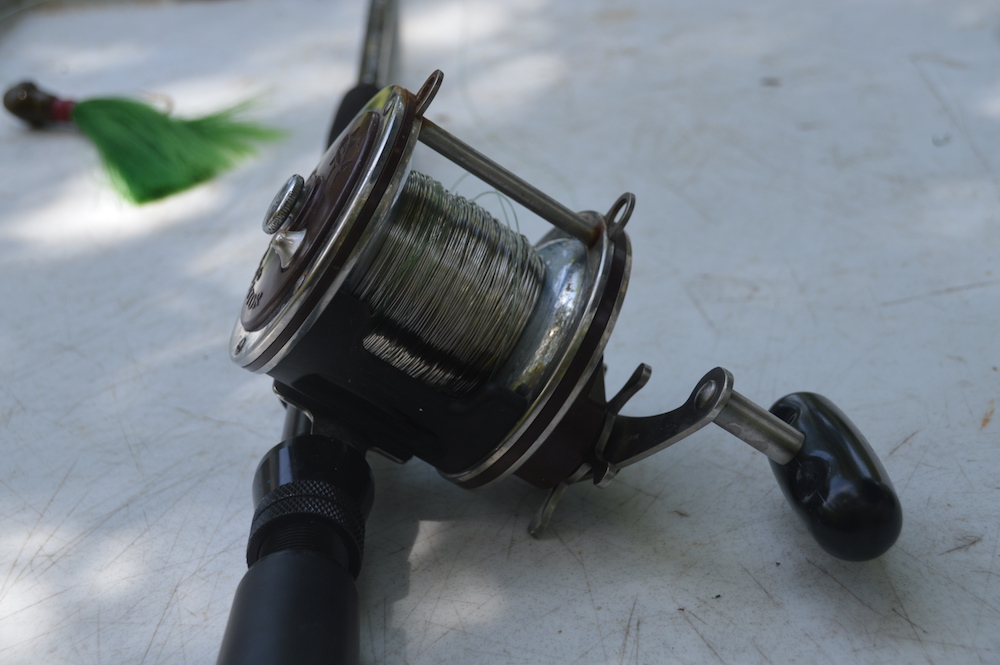 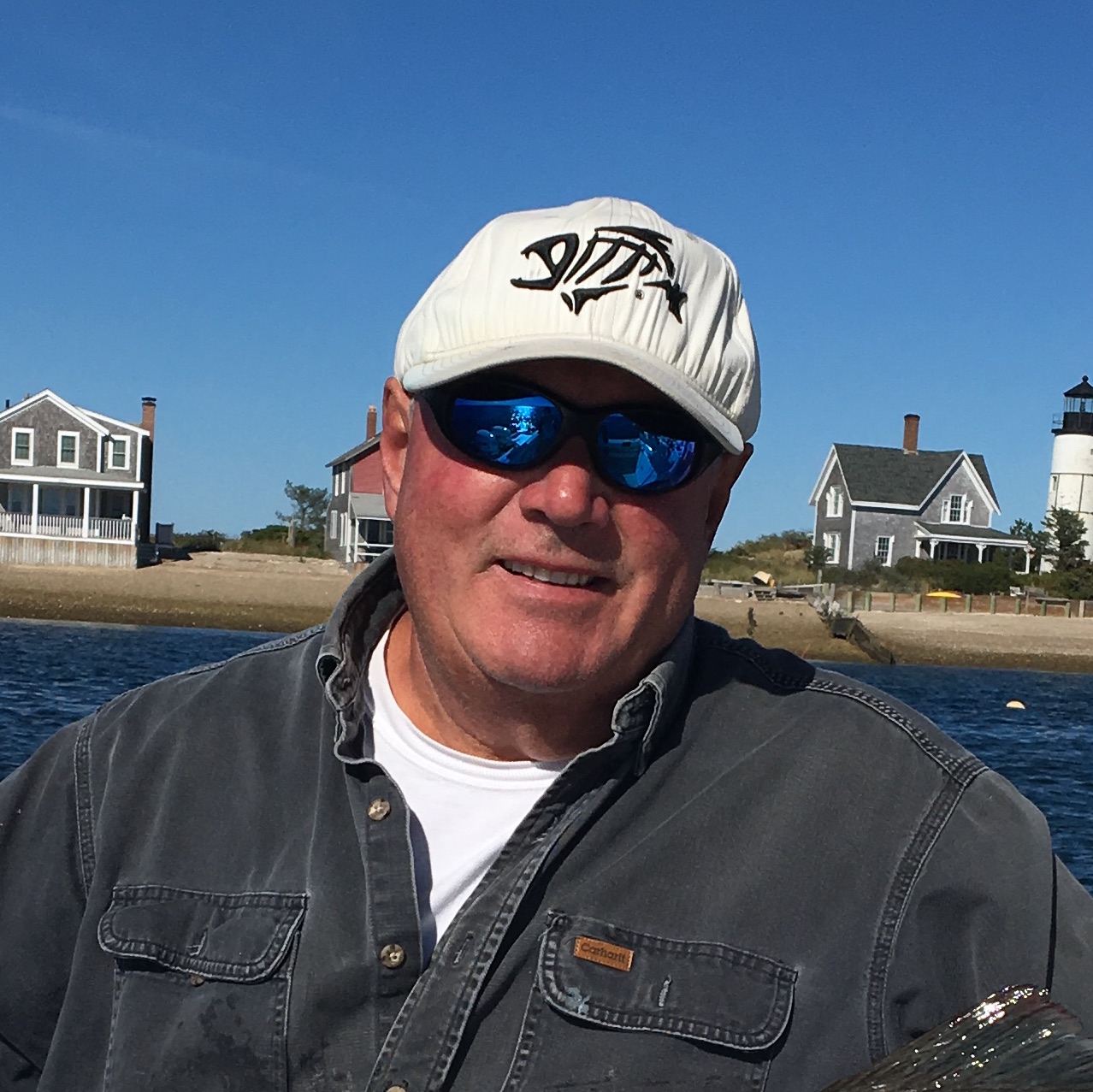 There is no doubt each time I engage folks in conversation related to fishing with wire line, I brace myself for the standard onslaught of old or newer more “colorful” expletives related to using that “x*&%#>@” crap!

Sure, I’ll admit wire is not very forgiving if not handled properly. Wire can create some incredible birds nests, and then there is wire's ever present desire to kink, and wire's memory coils.

However, wire does bring with it a set of advantages and flexibility that other lines do not! In this post I would like to share with you the most important lessons I have learned in my time spent wire line fishing on Cape Cod.

END_OF_DOCUMENT_TOKEN_TO_BE_REPLACED 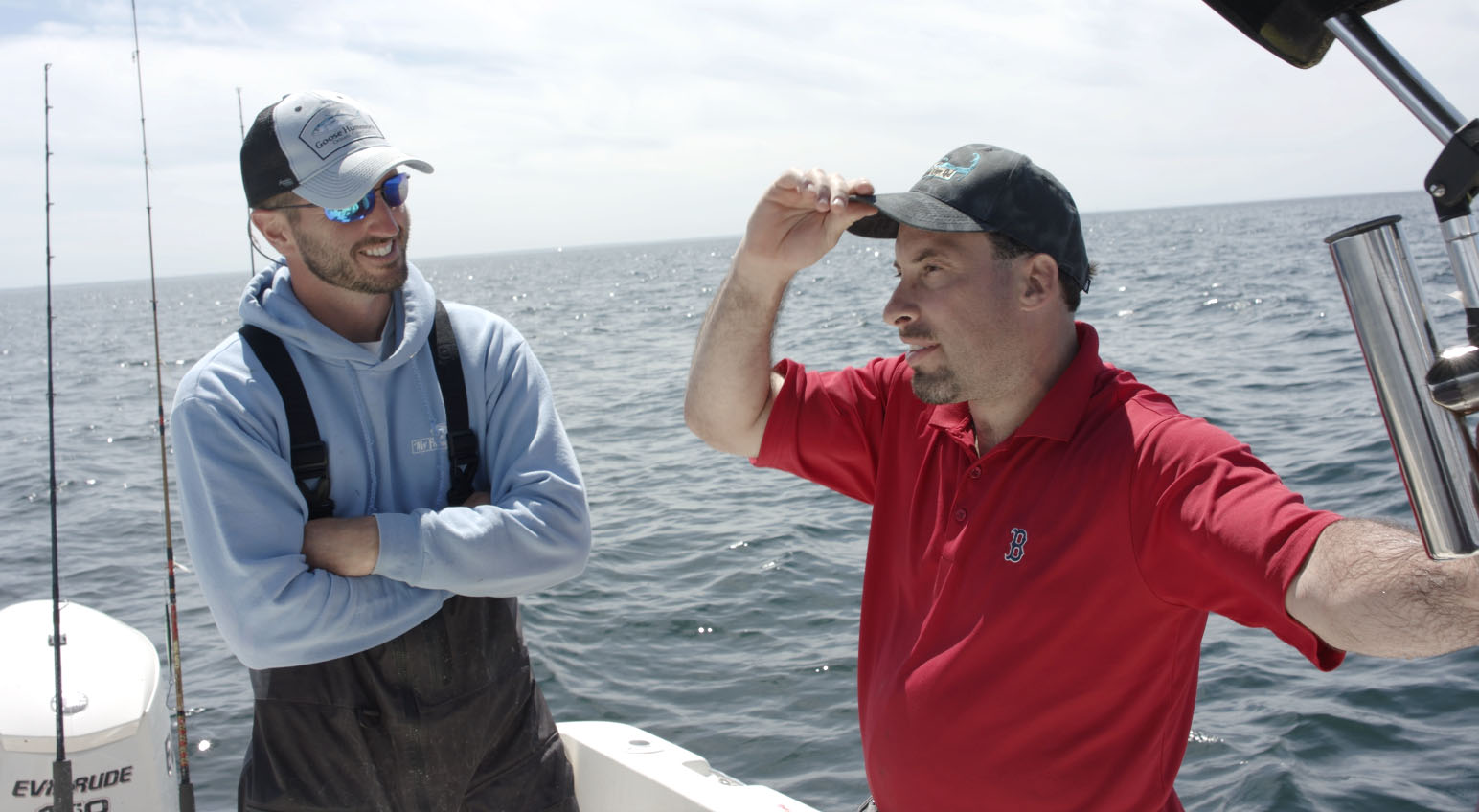 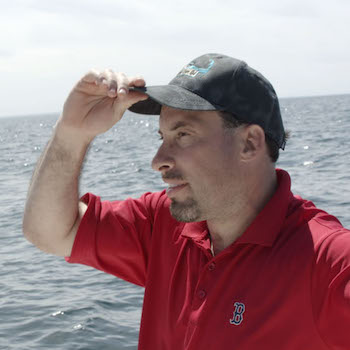 Garet Suomala here with another interesting Cape Cod fishing adventure to share with you. So sit right back, and you will hopefully enjoy this adventure.

Something really cool happened to me back on June 10.

I was fortunate enough to be invited on Ryan's boat the Miss Loretta to film an episode for the 3rd season of My Fishing Cape Cod TV.

END_OF_DOCUMENT_TOKEN_TO_BE_REPLACED 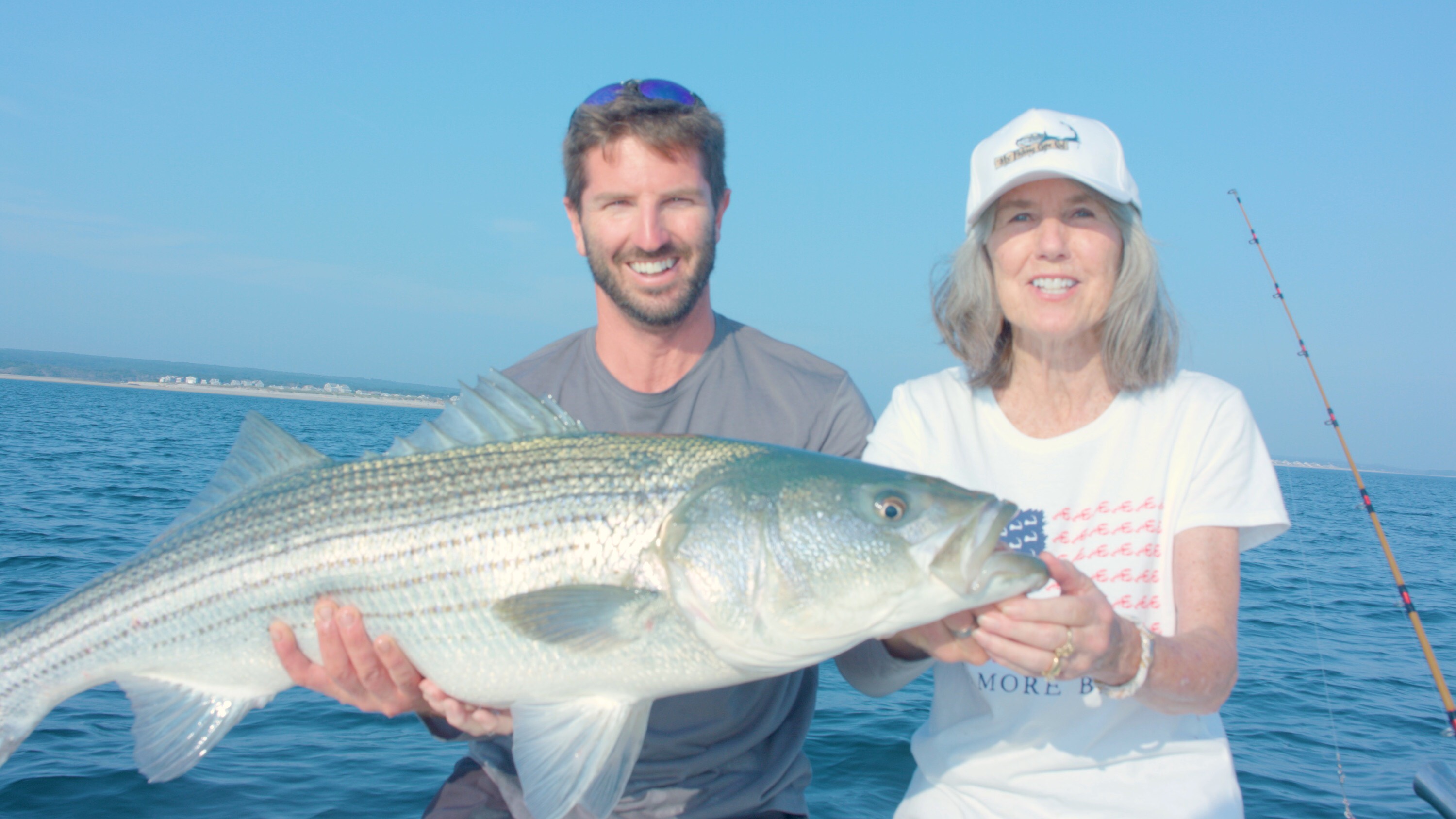 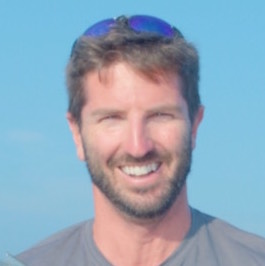 It was late summer on Cape Cod and we were in the midst of an intense heat wave. All week long the mornings had been greasy flat calm and the afternoons scorching hot.

Leading up to the day of filming of episode 3, I had run several successful tube and worm trips on my boat the Miss Loretta. Not much else was working, as the fish were holding deep along the bottom in cool water, refusing to bite lures and even eels.

When MFCC TV director/producer Shane Uriot called me during the early afternoon of September 3rd asking for my opinion about shooting an episode during this summer heatwave, I initially hesitated.

END_OF_DOCUMENT_TOKEN_TO_BE_REPLACED 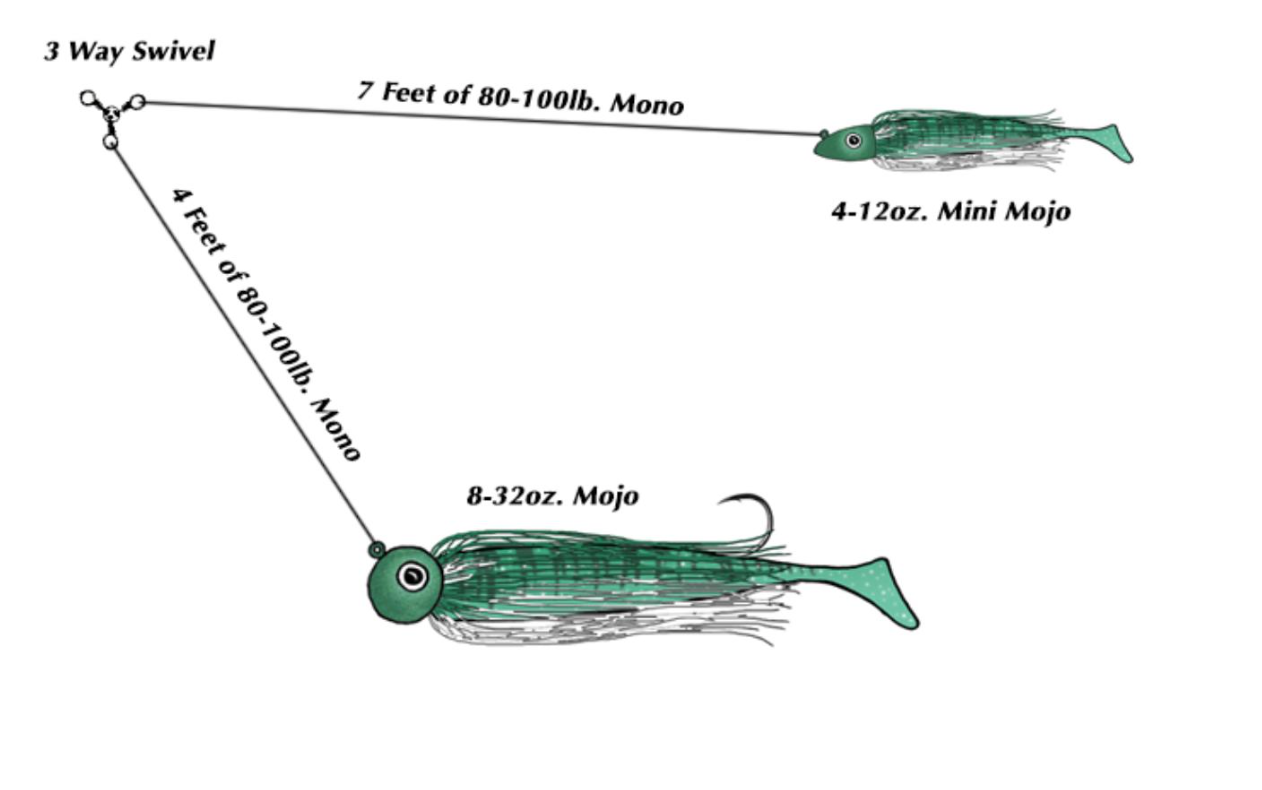 The concept of the Mojo rig has been around for a long time, and Mojos have been fished extensively from Chesapeake up to New Jersey.

I feel Mojos are going to be a big hit on the Cape this summer. They have proven to be deadly for catching big stripers, because Mojos mimic the large bait fish which jumbo bass find irresistible.

END_OF_DOCUMENT_TOKEN_TO_BE_REPLACED 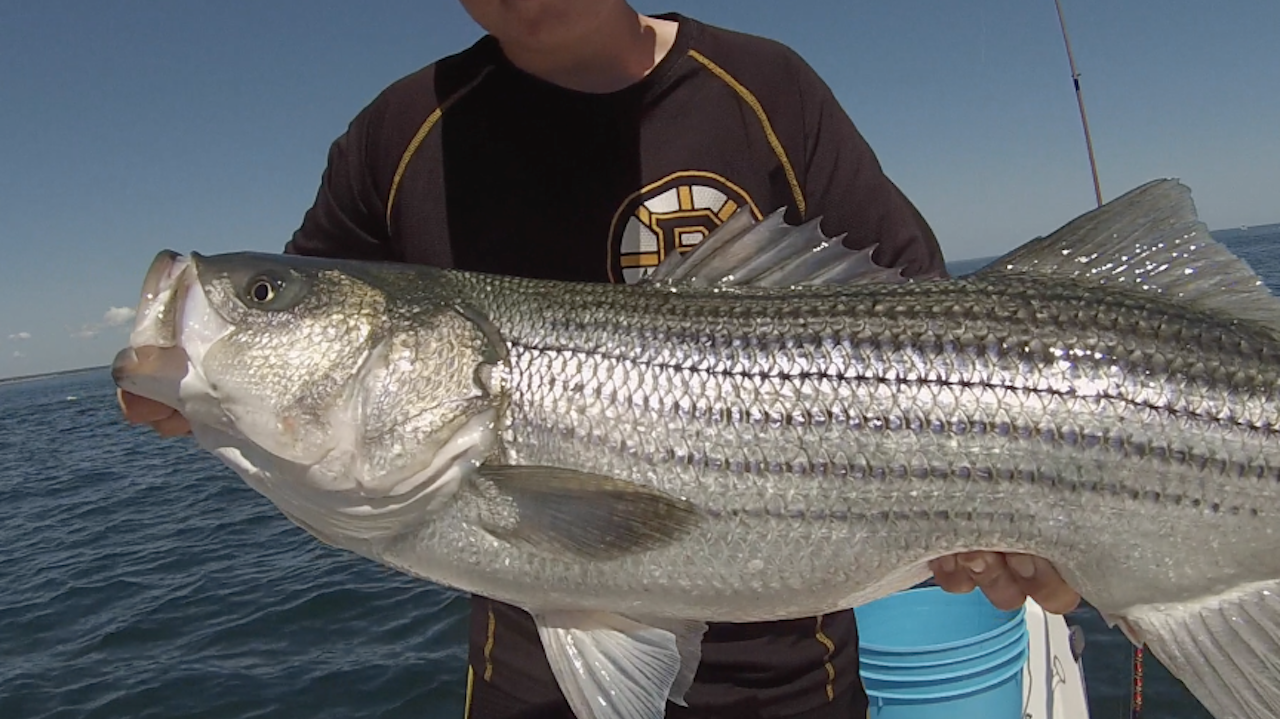 Not surprisingly, the old reliable tube and worm continues to work for myself and my crews as we inch towards the end of August.

The tube and worm can be a lethal addition to your arsenal, especially if you primarily fish Cape Cod during daylight hours.

There is just something about properly trolled tubes which illicit bites from finicky bass when they refuse to bite anything else.