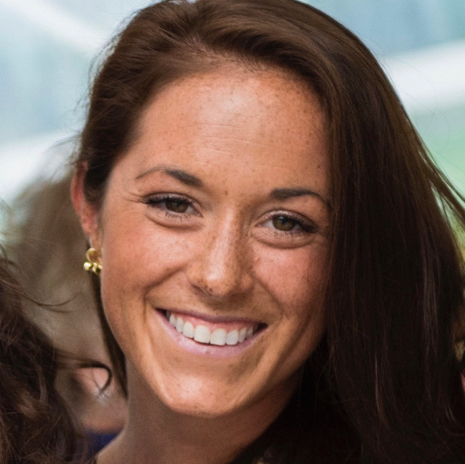 Make sushi they said, it will be fun they said...

In my attempt to bring you an actual, real recipe for spicy tuna rolls, I instead created an absolute fail post, because let's face it, nobody's perfect, right?  Sushi making is hard!

As I write this, I am defeated.  My white flag has been raised.  After an hour of making sushi rice, marinating tuna and assembling sushi rolls, only to have a very sticky mess on my hands (literally), I give up.

The flavor though?  Oh, it was delicious!  But if my life depended on it and my only means of income was to roll sushi, I'd be living in a ditch under a bridge.

This all started with my efforts to get Ryan the best Christmas gift a fisherman could ever receive.

Ryan is very hard to shop for, mainly because he say's he doesn't need anything.  He doesn't wear watches, can't have nice things like sunglasses or leather flip flops because they will inevitably get lost, has an entire tackle store in our basement already, and really the only thing he would actually love is for me to get my pilots license to go up and spot tuna for him.

I've had gift fails in the past, like when I got him a smoker for his birthday 7 years ago and I'm fairly positive it's still in the basement of our first apartment in Brighton.  Or the really nice Irish fisherman's sweater that he decided to wash AND dry and it now fits a toddler.

But this time, I found the all-time perfect gift. 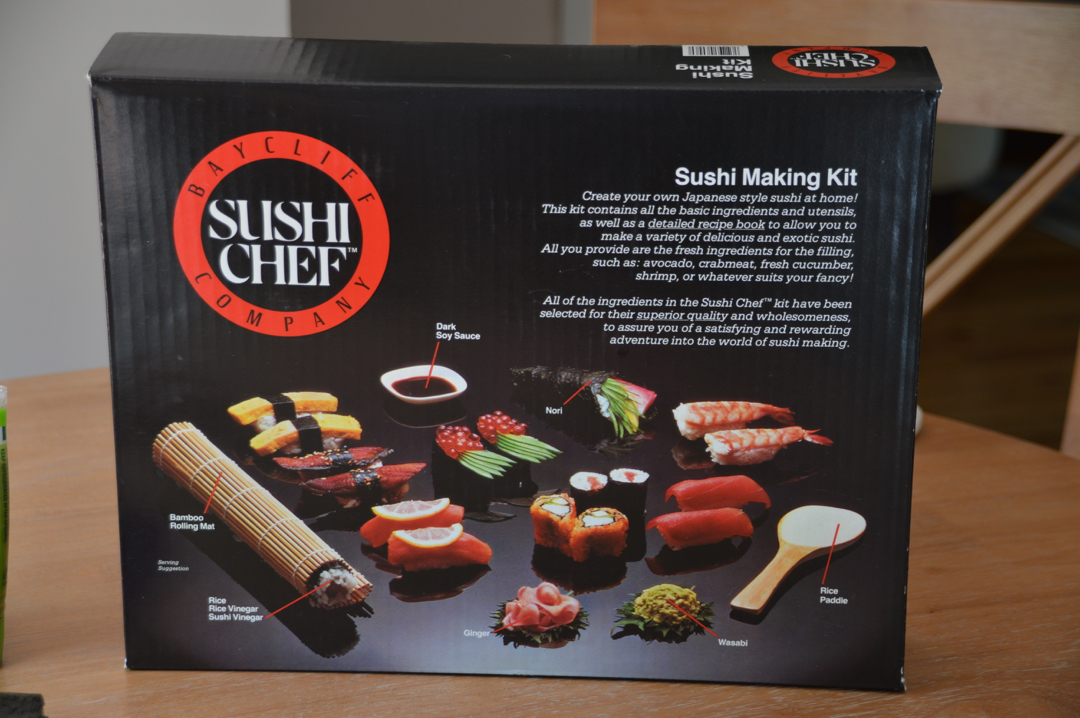 Little did I know how ambitious you have to be to purchase on of these and then actually make the sushi, but regardless, it was a hit.

I also found shark chopsticks which were an obvious addition to the gift. 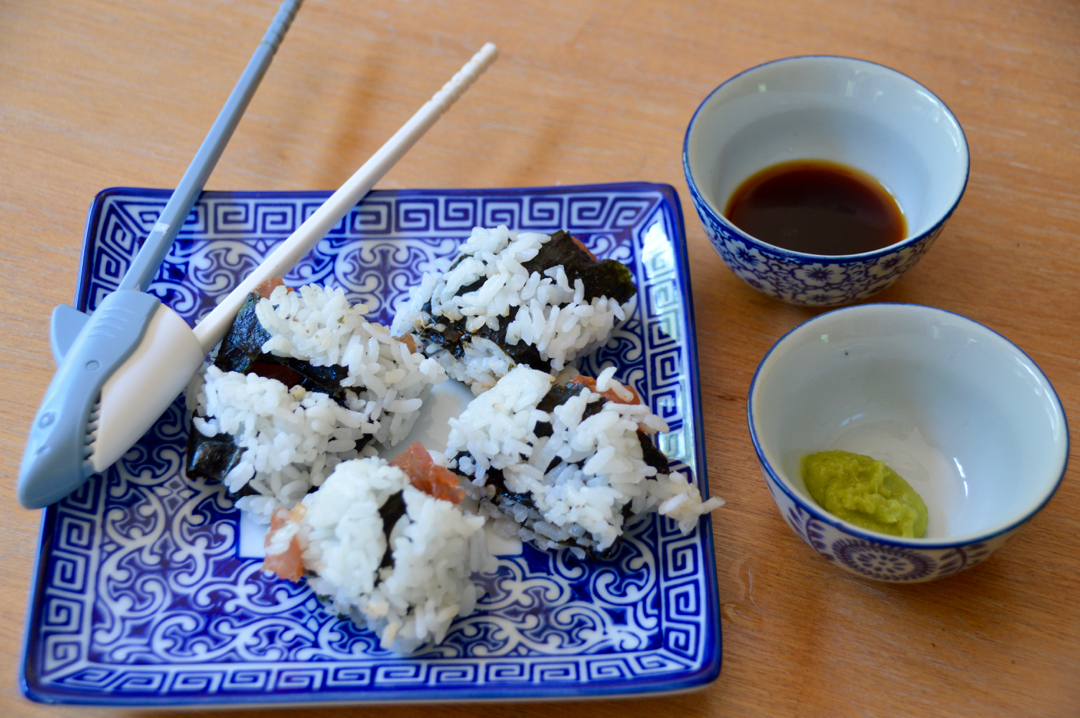 If you are an ambitious person, then you can find this kit on Amazon, and it comes with absolutely everything you need to attempt making sushi.  Here's whats inside: 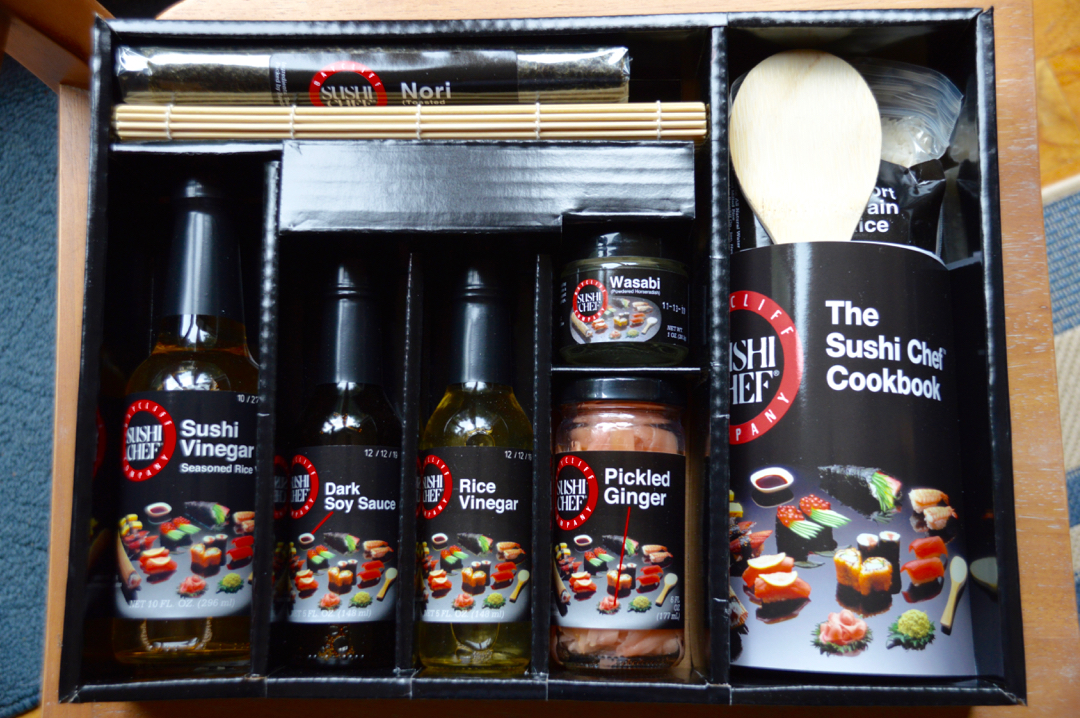 The process is long, but if you do it right, it's pretty cool. 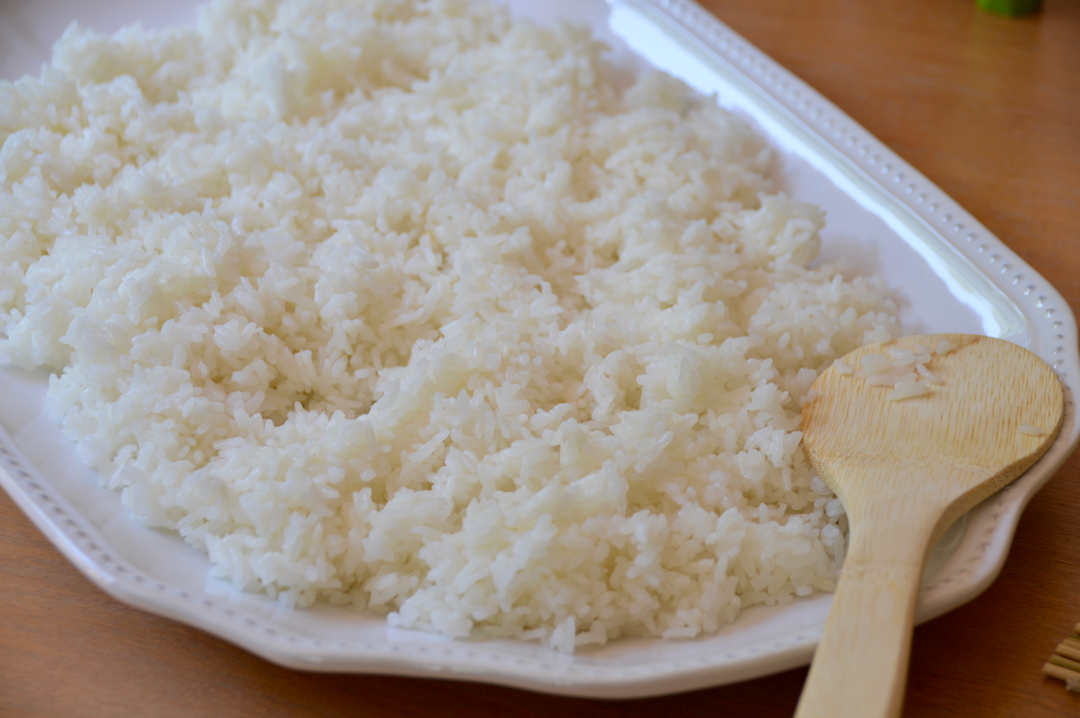 Sushi rice is very different from other types of rice you see in Japanese restaurants.  It is a very sticky rice and has hints of ginger and sushi vinegar in it. 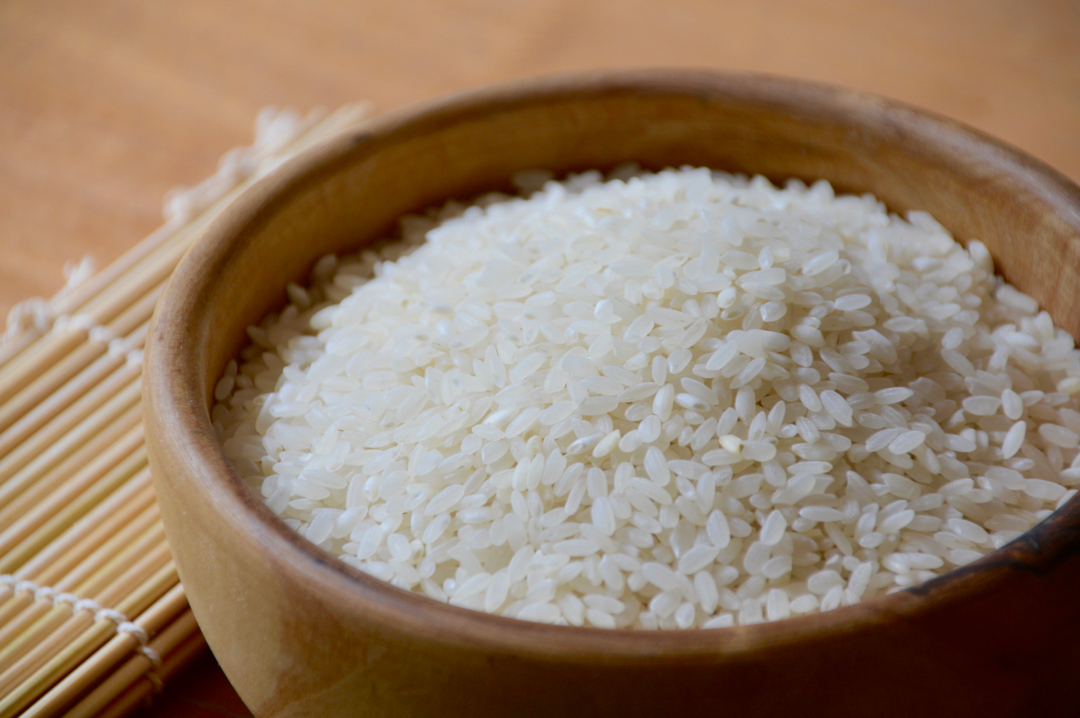 It is a short, thick rice grain that needs to be washed several times before you can cook it.  Here is the method I used:

For this failed yet delicious sushi recipe, I decided on a spicy tuna roll.  It's my go-to at restaurants and usually a popular favorite among everyone. 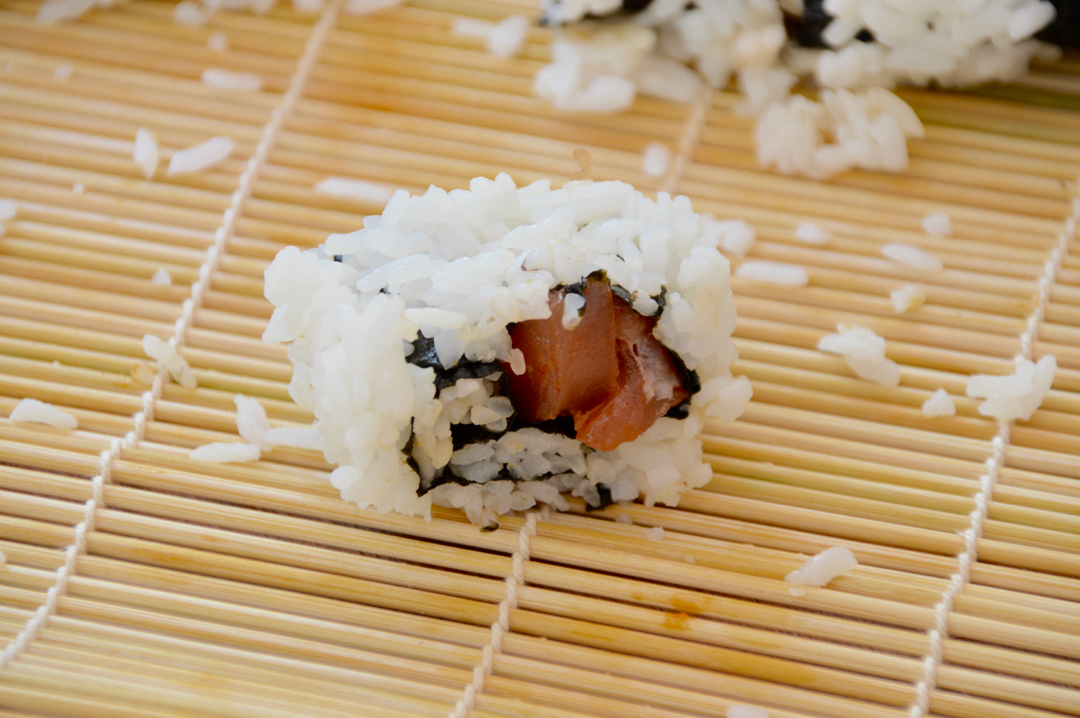 If you're not into the spice, simply omit the sriracha.

Once your sushi rice is ready, you can either cut your tuna into small chunks or slice thin long ribbons of tuna and place into a bowl.  Mix in the sriracha, sesame oil and soy sauce (or tamari if gluten free).  You can also add in finely diced scallions for extra flavor as well. 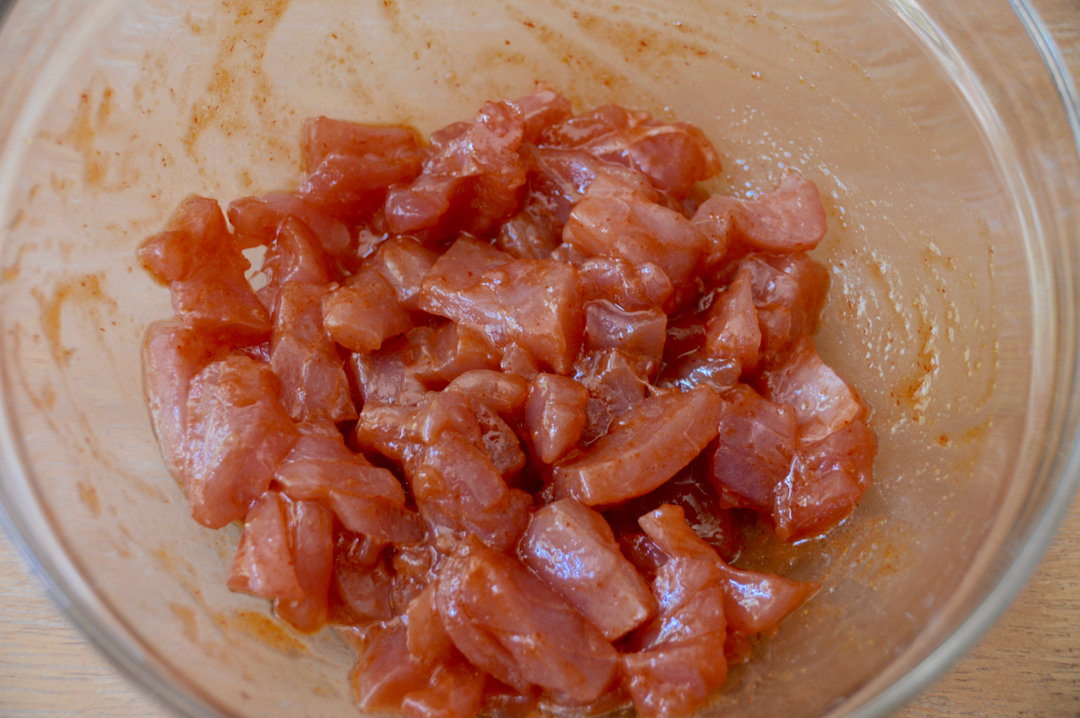 You'll also want to have a bowl of 1 part rice wine vinegar and 3 parts water, to wet your fingers so the rice doesn't stick to you. 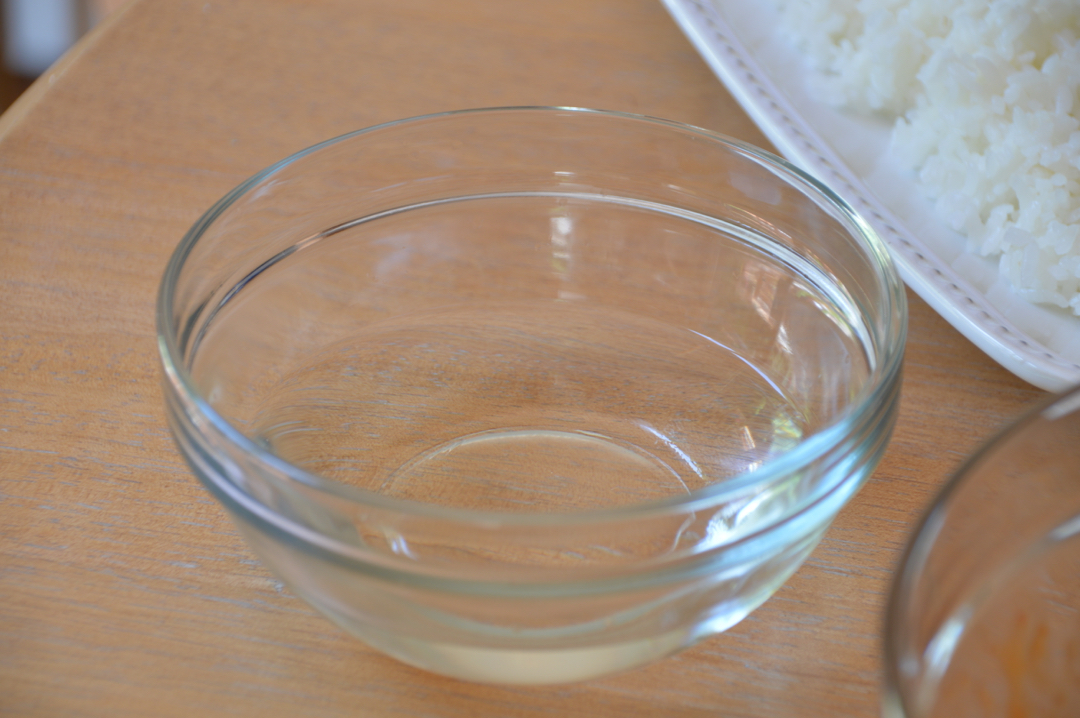 Other than the nori (seaweed sheets), the most important tool for rolling sushi is a bamboo mat.  This is included in the kit, or you can buy one separately online or in speciality food stores.  The mat is how you are able to roll the sushi tightly and keep the rice together.

Not pictured is a very sharp knife, because cutting sushi is not easy, and even my sharpest knife didn't do the trick. 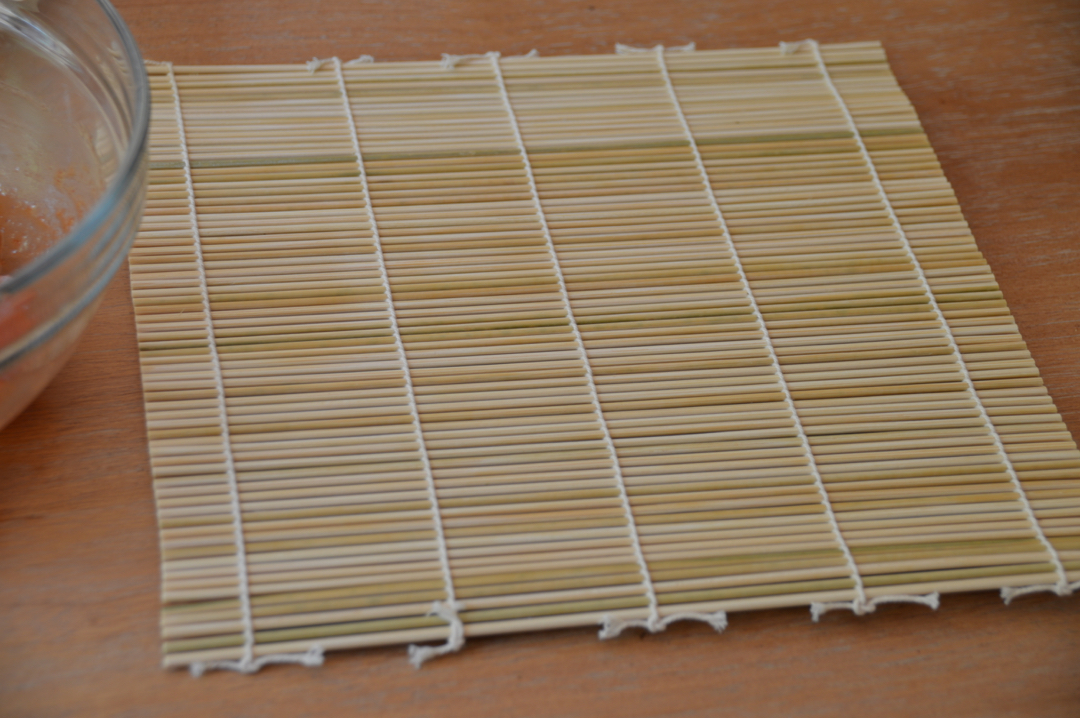 Attempt #1: Seaweed on the Outside

My first attempt at making the spicy tuna rolls was a fail for a few reasons.  For starters, my knife wasn't sharp enough to slice through the seaweed.  Second was because the seaweed was too dry and brittle.  Third was that I didn't roll it tight enough, leaving it with air pockets.  I'm telling you, this is a true art! 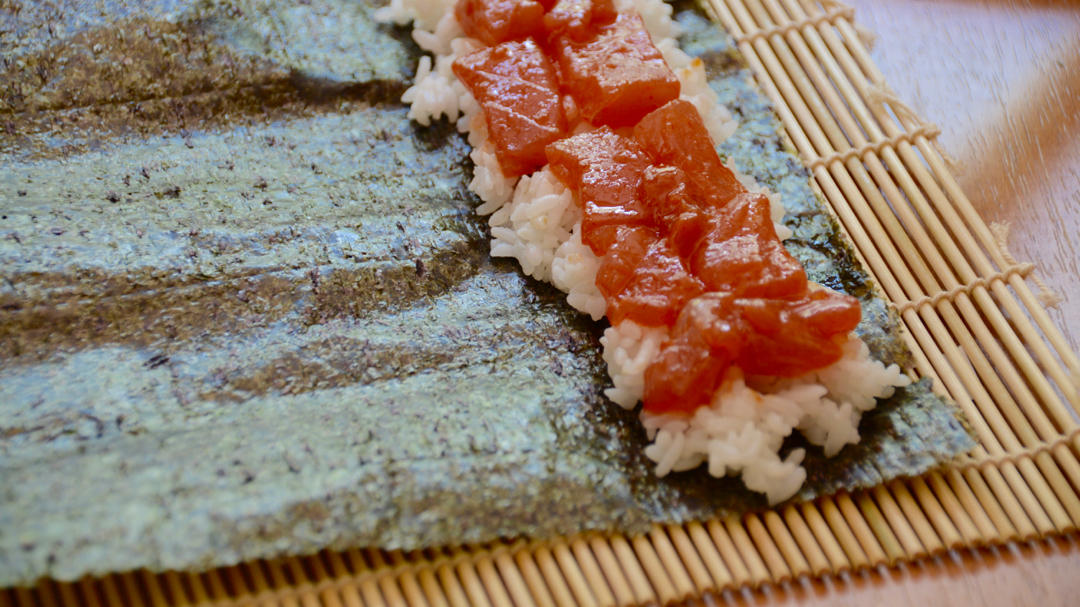 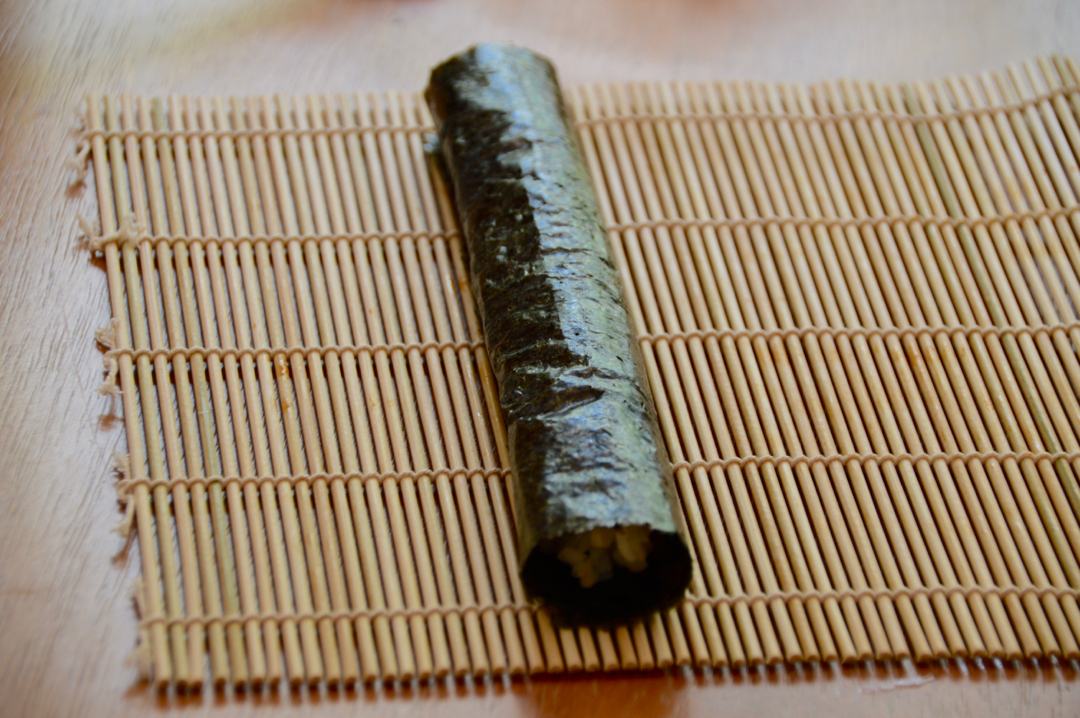 Up until this point in the photo above, all was fine, until I tried to slice it...which didn't work in the slightest, so just like any normal person, I unraveled it, ate the tuna and discarded the rest.  See evidence below. 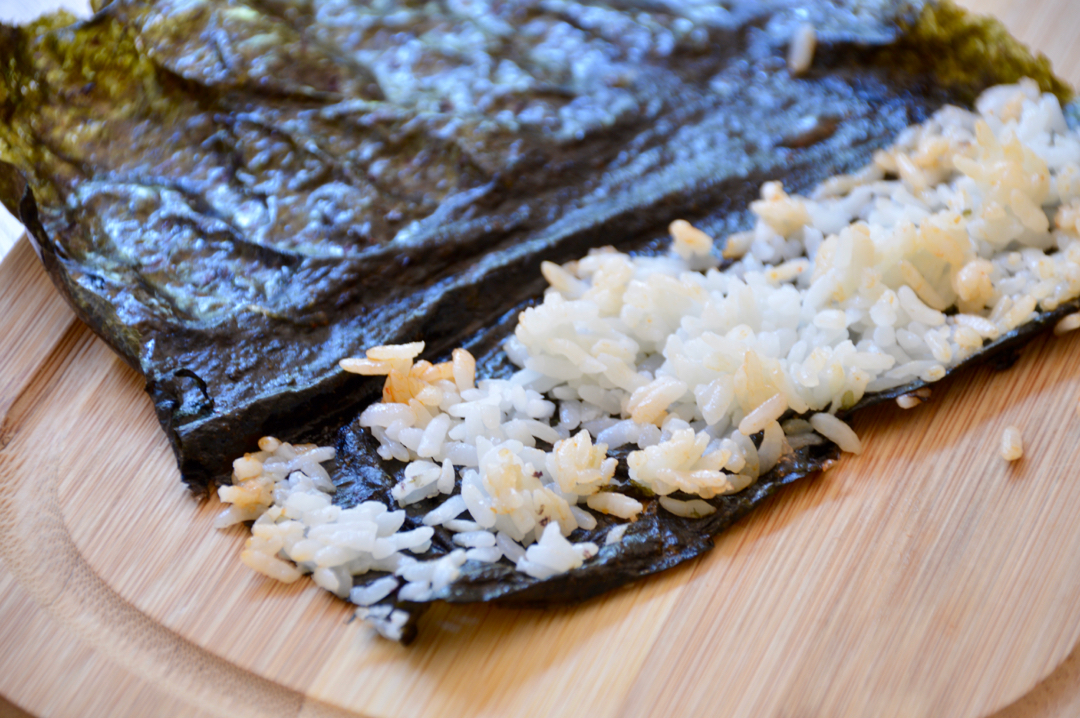 Attempt #2:  Rice on the Outside

So this attempt was only slightly better than the first attempt, but as you can see, it was a mess. 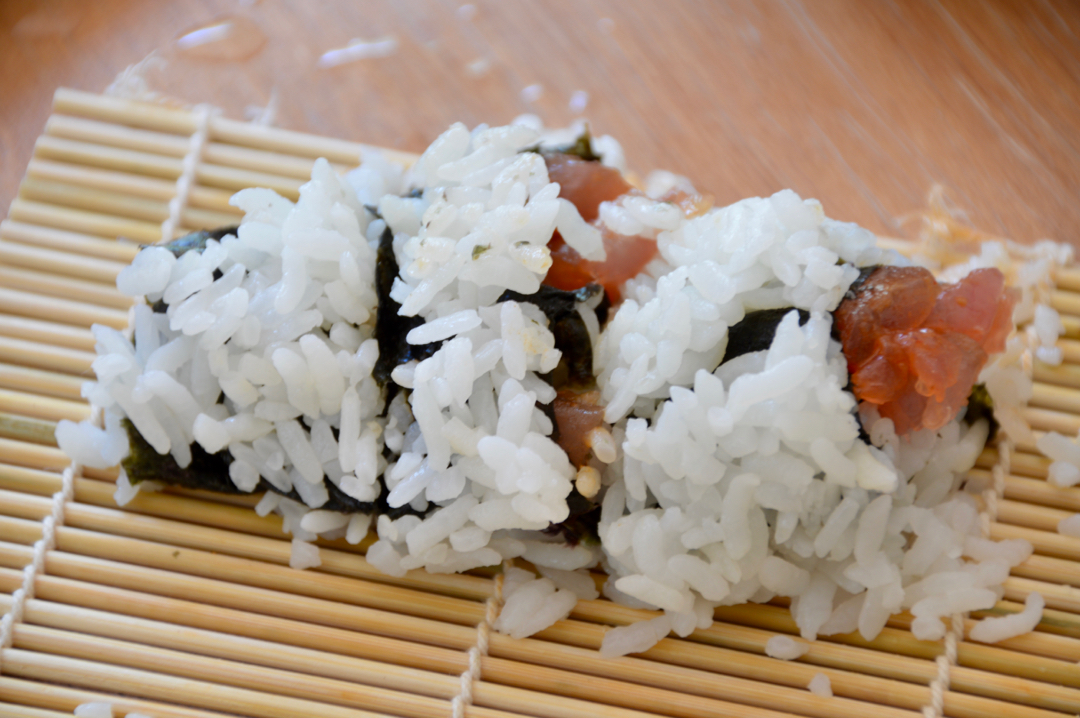 One big part of the disaster is that I possibly got too much vinegar/water into the rice by wetting my hands too many times, making the rice not as sticky anymore, thus the roll falling apart on the chopstick.

With a little soy sauce and wasabi and it was delicious!  If you want to get really fancy, you could also add in julienned carrots and cucumber and diced avocado, but I'm not that ambitious.

The flavor was great but the presentation was not.  Oh well!  When in doubt, throw it all in a bowl and call it a day.

If you want to get the recipe for Spicy Tuna Rolls, click here! 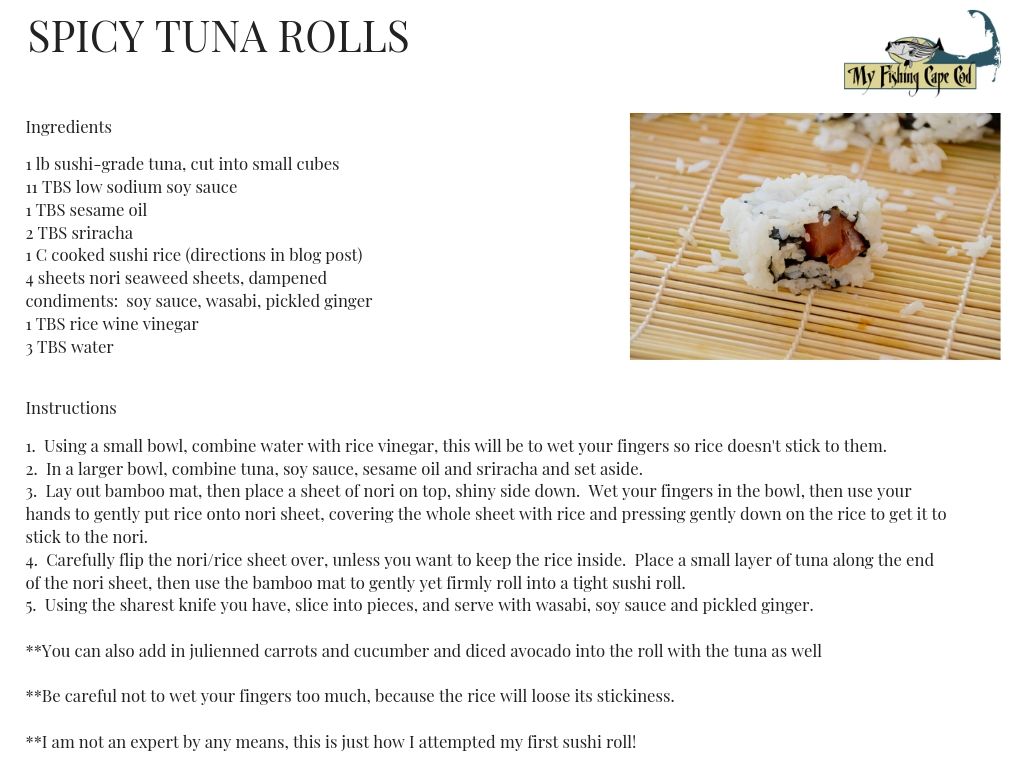 Have you ever attempted making sushi?  Whether it was a success or a fail, let me know, and I promise I won't make it into an e-book ;).